Posted by phillipmccart on January 25, 2010
Posted in: Uncategorized. Leave a comment 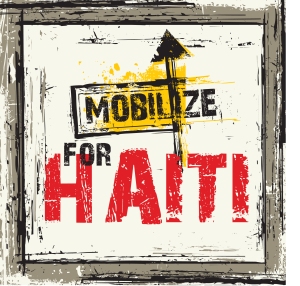 This week at The ELEMENT (7:14PM @ NORTHWOOD CHURCH) we will be having a special night to lift up the people of Haiti to God.  We all know the devastation that has occurred and now it's time for NSM to do something about it.

Here are the details:

We will be accepting donations of LIGHTLY used or brand new shoes and clothing.  These items along with the offering for the evening will be donated to the people of Haiti.

Please be in prayer and consider how God might lead you to MOBILIZE for HAITI.

This is going to be a powerful night of worship and intercessory.

Lessons Learned From Mac (Part 1 of 3)

Posted by phillipmccart on January 21, 2010
Posted in: Uncategorized. Leave a comment 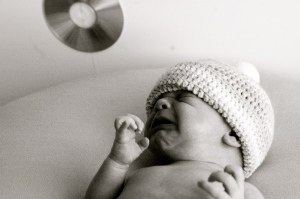 I don't know why I've never noticed this before but Mac (my 2 month old son) taught me something today about my relationship with God.

Mac is a really easy baby at this point.  I'm sure his days will come but for now, he's great.  There are only three reasons he cries.

1. He's tired.  I'm convinced he loves to be a part of what's going on in our family so when he feels his body drifting on him he gets irritated.

2. He has a dirty diaper.  He doesn't enjoy sitting in his….well, mess.  It's uncomfortable and can cause further pain if not dealt with.

3. He's hungry.  When this giant boy of mine needs food he lets you know.

Each of these reasons for crying has challenged me in my walk with God.  We'll start with being tired.  Last year our staff read a book by C.J. Mahaney entitled "Humility."  In the later part of the book he speaks on the importance of rest and sleep.  God created us with a need for sleep but so many of us neglect this gift.  Unlike Mac, I don't cry when I get sleepy but I fight it with caffeine, television and the internet.

We convince ourselves that we're missing out on fun or life by going to bed.  In reality we're shortening our life and lessing the experience of our days by mistreating our bodies.  I've found, like many others I'm sure, the later I stay up the more trouble I'm likely to get into.  Whether that's physical activity that I shouldn't be engaged in or watching television shows I have no business viewing.

So is it wrong to have fun late at night with friends?  No, that's not it at all.  I've had some great memories with friends in the "wee small hours of the evening."  What I do believe is that we need to have regular habits that are healthy.  In the same way it's detrimental to abuse our bodies with food, alcohol or drugs, refusing to give our bodies the rest they were designed for is to neglect the temple of God.

Just some food for thought courtesy of my son Mac.  He's a wise man in the making.

Posted by phillipmccart on January 19, 2010
Posted in: Uncategorized. Leave a comment

It’s been quite a while but it’s time for another installment of…..

A week or two ago I was introduced to a beautiful little distraction in the form of a website.  Today’s Big Thing brings interesting things from all over the globe.  For warning though, I have not done an exhaustive search of this site so there may be material that you don’t like.  From what I’ve seen though, it’s mostly comic gold.

Occasionally there will be something like what you’re about to see and I’m quickly reminded that at my greatest hight of creative genius, there is always someone far more talented and innovative.

BTW, what can we learn from this and apply to the spreading of the Gospel?

Posted by phillipmccart on January 16, 2010
Posted in: Uncategorized. Leave a comment

It's day one of our Seniors Only Ski Trip.  We loaded up in Charleston, SC and drove to West Virginia today.  After picking up our gear and checking into our hotel I gathered everyone in our room to go over some details for the weekend and to give some perspective.

We're on a ski trip.  That is an unbelievably huge privilege.  As I prayed with our group tonight I was suddenly reminded of the fact that there are tens of thousands of people in one country alone hurting, starving and even dying.  What's happened in Haiti this week is a perspective bringing tragedy.  As we slide down mountains of snow for pleasure, there are men and women searching through mountains of rubble looking for family and friends.

Tonight I don't want to take anything for granted.  We arrived at our destination safely.  We ate well.  We have a place to lay our heads.  We have clothes to keep us warm.  My children are safe tonight.  My loved ones are only a phone call away.

As I sit here tonight I'm wishing I could do more.  More to help those in need.  More to fix the bruised and broken relationships in my life.  More to strengthen and encourage those that I love most dearly.  More to honor my God.  Most of the time I feel as though I'm squandering 90% of the opportunities He gives me to love the people in my life.

What is God weighing on your heart these days?  Are you grateful for the "little" things?

Posted by phillipmccart on January 14, 2010
Posted in: Uncategorized. Leave a comment

I've been at Northwood Church for a little over a year and a half.  In that time we've seen a lot of change, growth and challenge.  The weird thing about the second year of ministry in a church is comparison.  It's natural of course but it can be a hinderance to what's happening now.

I suppose you'll find that in most areas of life.  Here's why I'm writing about this.  Today we started our major planning for our summer camp VELOCITY and tomorrow I leave with a group of our senior high school students for our annual ski trip.  These two events were incredible last year in terms of relationship and effectiveness.

When we plan events the tendency is to either make things "as good as last year" or to top what you did last year.  I'm trying to approach these events with a different mind set.  What will this year bring?  What does this group of students need?  More importantly, what does God want to accomplish this year?

As incredible as both of these events were last year, it would be unfair and foolish to  expect the same results.  Of course the hope is that meaningful moments will occur and memories will be made; those moments that leave a lasting impact on your life; those moments that when recalled cause you to laugh as though you were back in time.

All that to say that last year was incredible.  I'm blessed to have lived that life.  This year however, will bring its own memories, laughs, challenges, difficulties and joys.  I'm not going to miss out on what's in front of me because my head is turned around looking behind.

Posted by phillipmccart on January 11, 2010
Posted in: Uncategorized. Leave a comment

Doctrine – a : something that is taught b : a principle or position or the body of principles in a branch of knowledge or system of belief.

If you think that this is an area that doesn't need all that much attention, you're wrong.  Sorry, no way around this….

"Watch your life and doctrine closely. Persevere in them, because if you do, you will save both yourself and your hearers."

I grew up in  Southern Baptist churches.  I pretty much swallowed whatever I heard in terms of beliefs.  Not till I got to college was I forced to decide for myself what I believed about many of the negotiable and non-negotiable topics making up most people's doctrine.

I've had the privilege of serving in several Southern Baptist churches along with two non-denominational churches.  My doctrine hasn't changed since those days in college.  My understanding of the deeper truths of Scripture have; but I believe God revealed His truth to me in those early days of ministry.

The problem most of us face in determining sound doctrine is that we like to support our experiential beliefs/preferences with Scripture instead of conforming to the truth of the Bible whether it's easy or not.

In NSM (Northwood Student Ministry) we are asking God to make 2010 a "dig down" year.  By that I mean that our direction is focused on seeing students grow in their depth of understanding and knowledge of God.  If we continue to grow numerically, or "spread out", that's fine but it's not our emphasis.

We're walking through the ten commandments with our High School students for the first ten weeks of the year in a series called "X" or "Ten."   Our Middle School students are in a series that we know will last at least nine weeks called "Starting Point."  (Title credit to NPCC.  We're not using the Starting Point curriculum but it's too good a name to pass up.)  In this series we're walking through the non-negotiables of the Christian Faith.

So how about you?  When did you discover your personal faith?  Are you firmly grounded not in your own understanding but on God's Word?

Posted by phillipmccart on January 9, 2010
Posted in: Uncategorized. 1 Comment

"I worry, I weigh three times my body
I worry, I throw my fear around
But this morning, there's a calm I can't explain
The rock candy's melted, only diamonds now remain"

I'm not sure if you're a John Mayer fan or not.  It really doesn't matter.  After an incredible talk yesterday with a great friend and mentor of mine I'm feeling a bit of clarity (song lyric from above).  You see, I'm in a funk.  I don't know how long it will last but I know that it won't continue forever.

There are some things going on in my head and my heart that have been causing a tremendous amount of worry, distraction and hurt.  This isn't God's plan for my life.  What is God's plan for my life may be changing but that's okay.  I can't exactly share everything that's going on but hopefully the knowledge that there is someone else out there that is sorting through this mess we call life will bring some comfort to one of you.

The truth is God is changing me.  He's changing my perspective, my passions, my heart, my mind, my body and the list goes on.  As much as I enjoy the challenge of change and improvement, I've been very resistant to the change God is bringing in me.  God will never bring anything into our lives that we cannot survive without His provision.  He also won't withhold anything we need.

Just some random thoughts to share today.  Hopefully you'll receive the clarity God is offering.  The catch is we have to be willing to see it and live it.  What are you waiting for?